If the Democratic and Republican nominations play out as expected, this fall will feature two candidates on the opposite end of the identity spectrum. John McCain, longtime Senator, former P.O.W., will headline the Republican ticket and push the party's agendas of promoting security abroad, and conservative social policies at home. It appears that Barack Obama will headline the Dems, his platform will feature promises of change, social and economic progress, and hope. One delicious irony of this Presidential race will be the fact that one candidate was born in the United States, and one was not. One would likely guess the foreign-born as Obama, the one who grew up in Indonesia. However, he is not. Obama was born in Hawaii, spent much of his youth in Southeast Asia, and returned to the island state for high school. Despite his time abroad, Obama is unquestionably a constitutionally sufficient candidate. Article II of the Constitution plainly reads: "No person except a natural born citizen, or a citizen of the United States, at the time of the adoption of this Constitution, shall be eligible to the office of President." This certainty cannot be extended to McCain. Born during his father's deployment in the Panama Canal Zone in 1936, John McCain is not a natural born citizen. Despite this technicality, and lack of precedent, McCain is unlikely to face a constitutional challenge to his candidacy. It would be a callous distinction, and one that would undermine the sacrifice given by those in the armed forces stationed abroad. However, it serves as a reminder, one should not be judged where they came from, but rather what they have become. 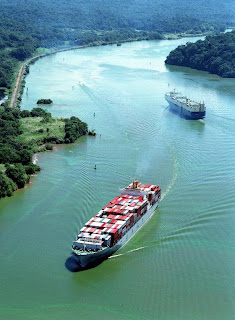 The Panama Canal was opened in 1914 and remained under U.S. control until December 31, 1999. After WWII, Panamanians began to assert their right for autonomous control of the Panama Canal Zone. Under the 1977 agreement made by President Jimmy Carter, the canal was ceded to Panama, with the understanding of an equal right of access.
at 12:03 AM