The beauty of college football is that there are many different recipes for success. Some are a creature of circumstance, others are the result of conscious creation. The common denominator is that successful programs find an angle and pursue it to their advantage. These attributes, reputations, and innovations are then widely imitated once their brilliance is revealed. Here are some of college football's most coveted intangibles. 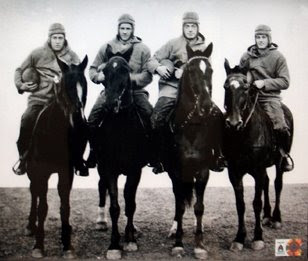 Notre Dame Tradition: Once could fill a Golden Dome with it, Knute Rockne, The Four Horseman, Win One for the Gipper, The Golden Boy, Rudy, Touchdown Jesus and more. Notre Dame's early national exposure continues to directly benefit the program today. Many programs have been around just as long, and even won more games, but Notre Dame still corners the market on college football tradition. Others have legitimate traditions of their own, but few command the advantage in recruiting, fan loyalty, and exposure that stems from the storied past of the Irish. 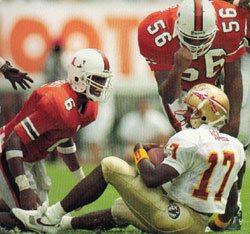 Miami Hurricanes Speed, Swagger, and Pro-Style Offenses: Beginning with Howard Schnellenberger in the early 80's and flourishing under Jimmy Johnson, the Hurricanes introduced a new brand of football to ABC Saturdays. Most telling was the unparalleled team speed that produced immediate sustained success for a once moribund program. High school safeties and running backs were converted to linebackers and former linebackers turned into fearsome rush ends. The Canes also innovated on offense, after Schnellenberger installed a Pro-Style passing attack that made stars out of Jim Kelly, Bernie Kosar, Vinny Testaverde, Steve Walsh, and more recently Gino Torretta and Ken Dorsey. However it is their controversial use of intimidation and swagger that turned the college football on its ear. Once universally staid, college football had never before seem the taunting, celebrating and emotion of the Canes. Unquestionably an advantage after setting the longest home winning streak in NCAA history , the Canes have been mimicked by others, but never matched. Most notably FSU employed faster players and Pro-Style with success, but 5 national championships to 2, proves the indomitable advantage enjoyed by the "U." 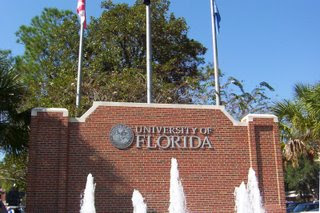 Florida Gators Innovation: Ever since Bear Bryant famously referred to the Gators as a "sleeping giant," they have awoken. From it's athletic department to offenses, the Gators have done things their way and had astounding success. Beginning with Gatorade, and continuing with text messaging Urban Meyer, the Gators have been ahead of the curve. Relying on organized and generous alumni and booster groups, the UF Athletic Department is well funded and the results have shown. Simultaneous football and basketball championships are no fluke, the Gators are a marvel of innovation and commitment. 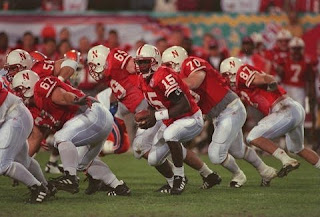 Nebraska Power: Ever since Nebraska became the first athletic department to have a full time strength coach in 1969, the Huskers have been synonymous with muscle. For nearly 40 years Boyd Epley took chubby farm boys and turned them into linebacker mauling monsters, paving the way for legions of fleet backs. The Huskers were among the first to have a state-of-the-art weight training facilities and the dedication has paid off. Once perennially among the NCAA leaders in team rushing, the Huskers have since abandoned this one-time advantage and suffered as a result. Other programs caught up quickly, but up to the late 90's the Big Red maintained a reputation for producing physically imposing teams. Returning to their strong suit would go along towards pointing Nebraska in the right direction. 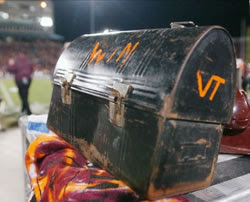 Virginia Tech's Grassroots Growth: Since Frank Beamer took over in 1987, the Hokies have clawed their way to the upper echelon of college football. Largely through persistence and grit, VA Tech stands as a model of the meritocracy that is college football. Once a loser, Beamer turned the Hokies around by building fan loyalty and creating the culture of "Beamerball." Other hard luck teams have had more stunning turnarounds, Northwestern in 1995, and similar successes, Kansas State, but none have made the total transformation to perennial juggernaut. By paying attention to details, and instilling a blue-collar work ethic, Beamer and the Hokies are an example of a school elbowing its way to the head table. 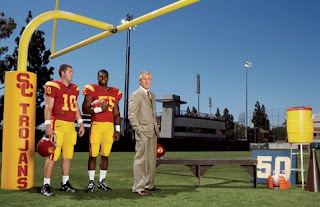 Southern Cal Glamour: USC has glamour of both old school and new school appeal. Once buoyed by the beauty of cheerleaders in tight sweaters, and the majesty of their noble steed Traveler, the Trojans have recently updated their allure. Beginning with Pete Carroll's hiring in 2001, USC has set the standard for the modern program. First and foremost, Carroll represents a new breed of coaches far removed from the gruffness of Woody Hayes and the like. Gregarious, outgoing, and youthful, Pete Carroll has infused his personality into the program. No wonder the recruiting hauls keep coming, having a coach as the current benchmark of the "player's coach," makes for easy fishing. USC benefits from the absence of a local NFL team to compete for weekend headlines and as a result, stars like Matt Leinart, and Reggie Bush have furthered the allure of the Trojans. All of this adds up to a team that will continue to roll thanks to national exposure courtesy of old school glamour and Pete Carroll's appeal.
at 12:10 AM

While I appreciate your comments about Notre Dame, the idea that there are many teams around who "have won more games" is shaky. There is only one: Michigan, who introduced the game to Notre Dame and had been playing it for several years beforehand.