In early December the Florida Department of Law Enforcement launched it's "12 Fugitives of Christmas" operation and on Saturday the first case was cracked. 30 years after he escaped from a Kissimmee work camp, Oscar Richardson was apprehended in Missouri. 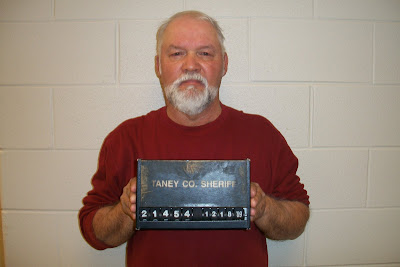 According to the FDLE, "On January 28, 1977 Richardson held two Eckerd Drug employees at gunpoint and demanded money from the store safe. On March 1, 1977, he robbed a convenience store in Tampa, held the store clerk at gunpoint, and demanded she fill a bag with money. He fled the scene and was arrested minutes later and charged with robbery. Richardson was sentenced to 10 years in prison for his crimes." Now 61 years old, Richardson had been living under the alias, "Eugene Ward." His 3 decades on the lam were accomplished by a simple name change, a doctored social security number, and avoiding getting arrested. He lived in the same house for 26 years and had settled down with a family. The arrest comes despite the not even close age progression photo. The AP reports that he is refusing to waive extradition, which means Missourri State prosecutors armed with Governor's Warrant from Florida will have to prove to a Missouri judge that the man pictured above is indeed Oscar Richardson. Since the arrest date of 1977 means no DNA, the State will have to prove fingerprint matches in order to secure extradition. 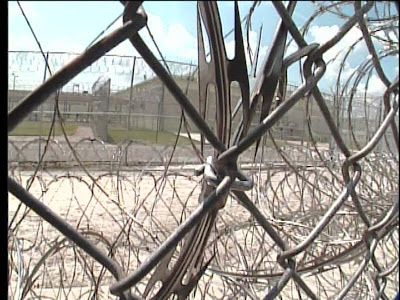 If the FDLE did indeed nab their escaped crook, it will turn out to be a costly mistake for Oscar Richardson. A 10 year sentence in 1977 is much different than a 10 year sentence today. Beginning in October 1995 Florida inmates were required to serve at a minimum 85% of their sentence. Inmates in the 1970's and '80's were serving between 40% and 60% of their sentences. Since Oscar hit the road 2 years into his sentence, he likely had at most 4 years left. Now he faces the 2nd degree felony charge of escape on top of being stripped of gain-time and having 8 years left on the original charges. The escape charge carries a maximum of 15 years and must be served after the original sentence is completed. Bad move Oscar, but there is hope. Incredulously a judge in Missouri granted him a bond which he promptly posted. Time for another escape.
at 5:03 PM