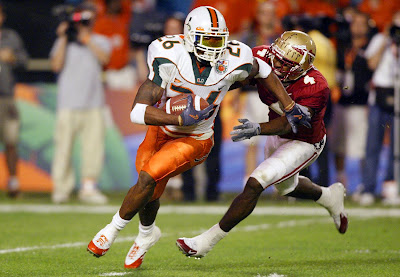 The trial of the four men accused of second degree murder in the death of Sean Taylor is set for January 8, 2010. On November 26, 2007 Taylor was asleep in his home when the four young men broke into his Miami home and encountered a machete wielding Taylor. Shot in the femoral artery, the former Canes and Redskins star died the next day. The case has dragged on for two years in part due to an Venjah Hunte's inability to make up his mind. In May of 2008 Hunte plead guilty to 2nd degree murder and agreed to cooperate with the prosecution and in return receive 29 years in prison. That plea deal revealed a 5th suspect when 16 year old Timothy Brown was arrested. Only two weeks later Hunte changed his mind, fired his public defender and indicated he wanted to withdraw his plea. As of today his plea remains in place according to the Dade County Clerk Screen. The hearing set for January 26th will be a sentencing hearing if Hunte wishes to continue to cooperate under the terms of the plea deal. If he persists in his motion to withdraw the plea, he will likely be set for trial as judges often err on the side of permitting withdrawal of pleas prior to sentencing under Florida law. 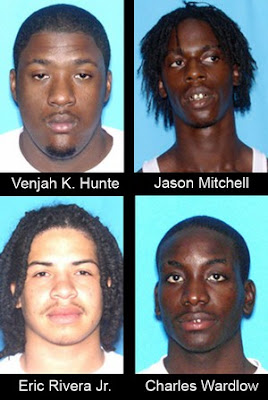 Since Eric Rivera is the alleged gunman and a minor at 17, the State cannot seek the death penalty. Timothy Brown is the youngest at 16 and faces the punishable by life 2nd degree murder. Under Florida the law if the principal is not charged with a capital offense, the accomplices cannot be either. Thus Wardlow, Mitchell and Hunte are only eligible for life for their roles. There has been speculation that the trial will be pushed back again in January. According the the Dade County Clerk's Screen, Wardlow seems to be doing all he can to delay the inevitable. Unhappy with his public defender, Wardlow filed a pro-se motion requesting a Nelson hearing in late August. A Nelson hearing is held when a defendant alleges his court-appointed counsel has been ineffective or a conflict of interest has arisen. The judge decides if the defendant has been prejudiced or harmed by counsel's performance and if so a new attorney is appointed. So far Wardlow has been denied, but the multitude of complications involved in a 5 defendant murder trial will keep this case from opening in January.
at 12:53 AM