He was sensitve to the word "bald" 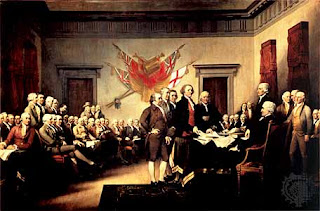 In 1782, the Continental Congress set out to cast an identity for the newly independent United States. For a national emblem, the Congress chose the bald eagle to portray the size, strength, and majestic beauty of their new nation. Depicted with its wings spread, and talons clutching an olive branch and 13 arrows, the eagle casts an imposing symbol on our money and Great Seal. 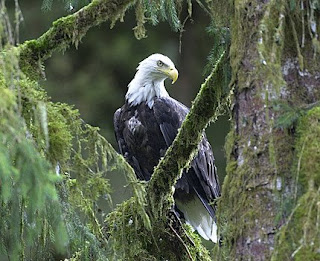 Apparently not everyone thought the bald eagle was the appropriate symbol of the United States. In a letter written in 1784 to his daughter, Benjamin Franklin dissents:

"I wish that the bald eagle had not been chosen as the representative of our country, he is a bird of bad moral character, he does not get his living honestly, you may have seen him perched on some dead tree, where, too lazy to fish for himself, he watches the labor of the fishing-hawk, and when that diligent bird has at length taken a fish, and is bearing it to its nest for the support of his mate and young ones, the bald eagle pursues him and takes it from him.... Besides he is a rank coward; the little kingbird, not bigger than a sparrow attacks him boldly and drives him out of the district. He is therefore by no means a proper emblem for the brave and honest. . . of America.. . . For a truth, the turkey is in comparison a much more respectable bird, and withal a true original native of America . . . a bird of courage, and would not hesitate to attack a grenadier of the British guards, who should presume to invade his farmyard with a red coat on." 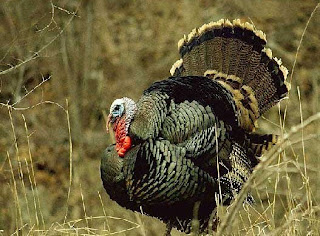 In terms of predatory behavior, Franklin is mostly right on describing eagle's methods. Eagles are carrion eaters, yet also scoop fish out of lakes and large rivers on their own merit. They have been known for stealing another's lunch, giving them the unsavory reputation Franklin complains of. However eagles and wild turkeys are natural residents of North America, so his nativity argument is weak. Other differences between the birds make the turkey less appealing as our national symbol. The immediate pro for the eagle is its commanding presence and imposing size. The clucking and waddling turkey seems docile in comparison. Turkeys are simple omnivore foragers, so their eating habits add little symbolic presence to counteract the image of a swift strike by an eagle. Juxtaposing their ability to fly is one physical attribute that the turkey measures up favorably. Wild turkeys have a quick trigger to flight and can reach 50 mph. Whereas the eagle, easily visualized soaring mightily, often only reaches 45 MPH in the air. Sexually the eagle mates the old fashioned way, males fly home to impress the ladies with calls, and displays of physical prowess. The turkey's sexual appetite is decidedly less appealing, while they do strut their stuff, they are avid polygamists. Managing a few mates at once, the turkey is a better symbol of the early Mormon church and it's current nutty sects in the Southwest.
at 12:44 AM

STIB,
You fail to mention that Americans value size over all other characteristics. As such, the size of the Turkey's beard, spurs, and "snood" (the funky dangling thing on the nose) as well as the lower note the gobble hits, attracts the females.
- Grahambo