Saul Alinsky and the 2008 Democratic Party 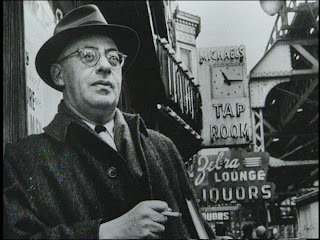 Beginning in the 1930's and continuing until his death in 1972, Saul Alinsky brought news ideas to the political process. Known for creating the model form of "community organization," Alinsky's grass roots approach remains influential today. Both Hillary Clinton and Barack Obama have outlined part of their political organizational tactics based on Alinsky's model. Once a state secret, it has recently been revealed that Hillary's senior thesis at Wellesley College was an analysis of the Alinsky model. The political sensitivity of Alinsky association stems in large part from his book, "Rules for Radicals," which served as the how-to-guide for 1960's activism. Democrats struggle with the G.O.P.'s stranglehold on the conservative pulse of the nation, Alinsky fodder only serves to reinforce the ideological separation. In comparison, Alinsky's influence on Hillary pales to that of Obama. Alinsky once offered a job to Hillary, one she turned down to pursue a law degree. Obama, however began his career as a community organizer under an umbrella organization of Alinsky's. Since deceased, Alinsky's work continued as political organizations use his methods of one-on-one interviews with the intention of sparking the activism within as a primary method of engagement. In the coming weeks the conservative media will pin the Alinsky label on Obama in attempts to reveal his liberal beliefs. However it seems that much of the haranguing over Alinsky's influence is misguided. It is his methods of organization and networking that have influenced Obama and Hillary, not his politics.

This is a fantastic post and I put something similar up today, highlighting especially the fact that Alinsky was also very infuential on right wing activism as well as activism on the left.